Blogs
Calling all undergraduates, graduates and final year students who have not yet drowned in the endless mountains of assignments and application forms. The age old question still exists; How can I stand out? I come under the latter of the three categories above (that is, a final year student who is just about managing to keep it cool) and I began to stress over how on earth I am ever going to get a job amongst the ocean of graduates. What's more, I study Politics... It's safe to say that you probably just winced/grunted or looked at the screen in a perplexed manner at the very mention of the P word, so imagine my fears over finding somebody who will give me the time of day and most importantly A JOB. That being said, here are my Top 10 tips that you wish you'd thought of first - we've all been there, jealously glaring at that student who seems to have thought of it all. Time to let the tables be turned! 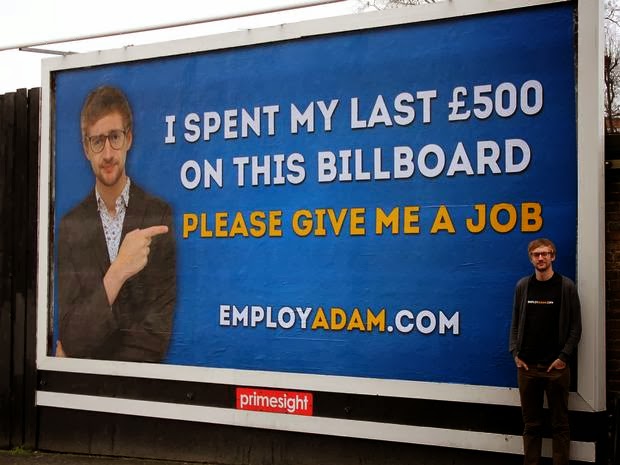 1. CV's are the most boring thing to have graced the planet

I don't care if you are a lion-taming, fluent mandarin speaking, CEO, newspaper writing super genius - those two pieces of paper with bullet points and bold fonts are DULL. Now, I understand you've still got to have one, but you have got to accompany it with something different. Make that boring page a little bit different, it could be as simple as including links to your social media, or professional profile, it could be a little bit out there like the Billboard guy... Or it could be something like creating your own website or blog - this is especially useful if you're going down a media/journalistic/social media approach, obviously. I myself created www.stephanieneedsajob.com as an online resume to put a bit of personality in to the ever feared politics.

2. Societies, Student's Unions, Student Newspapers and Radio stations are there for a reason - Use Them!

I know, I know, how can you possibly have the time to get involved in all that extra curricular stuff when your head is about to explode? But believe me, you've got to do it. Try taking out even 2 hours of your week. From charity work to Student Union Councils and campus societies, all this involvement really adds up and makes you look super employable. I mean, the clever couch potato versus the wildly versatile student... is there even a competition?
Don't just think of this stuff as things to put on your CV but think of it as improving your interviewing technique, there's only so far you can stretch that one week working in a bakery you did when you were in Year 10 at High School - lots of activities on campus or in the community means lots of stories, and lots of stories means you are now unique and you can hold a conversation.

I don't mean sit outside people's windows watching them eat or cold calling them just to hear their voice, but I do mean put yourself out there. It's annoying, it makes your blood boil but there's that one student in your class who has a photo with every important person they've ever met, they work for someone already, they have incredible connections and you hate them for it. But woah there!
Whilst it may come across as a bit irritating, okay, very irritating, that student right there has got it made! Talk to people, keep those connections, send that work experience office manager an email every once in a while just checking in and keeping them updated. If you're introduced to someone relevant, ask for contact details - it takes balls but it seems to work!

4. Keep your personal life separate but don't look like a robot

In this day and age, you essentially look a bit weird if you don't have a Twitter or a Facebook account and whilst I am all for keeping the photos from Tequila night safely tucked away amongst your friends on Facebook by tactically ignoring your new colleagues friend requests, at some point, you've got to let them in to that social media world.
Here's a tip, if you do insist on sharing your festival photos and swearing your head off amongst your friends, keep that to a friend specific private profile. Choose your friends list wisely whilst creating a separate, professional but with some personal undertones profile for your colleagues. Basically, have one account for business and one for pleasure. Nobody wants your boss seeing your underwear and none of your friends care about that secret homemade pie you just created. Just don't muddle them up, and don't misbehave so badly that your attempts to look presentable fail anyway!

Okay, the success rate is definitely going to be limited, but on the note of social media, it is definitely a top tool for promoting yourself. I mean, look at me! I have overloaded Twitter, Facebook and LinkedIn and whilst it is true I am still looking for a job, I've received so much great support and now I'm even blogging right here for a proper website. It might seem like an endless tactic sometimes, but it gets you known and a bit of notoriety can't hurt?

6. Be as confident as Liam Neeson on the phone to bad guys

"I can tell you I don't have money. But what I do have are a very particular set of skills; skills I have acquired over a very long career [or time at uni]... I will look for you [job], I will find you [a job], and I will thank you [for employing me]". In short, confidence can be a tricky thing to master. You might be the life and soul when you're with your mum, mates or chatting to your lecturer but a job interview is like staring down at a 100ft drop from the top of a roller coaster. Be confident, have fun, have a laugh even. I firmly believe it is more than acceptable to be professional but be YOU. Try using that wit of yours to think of cool stories and interesting things that you can talk about during that 'in between interview stage'. As simple as calling employers up to make enquiries about vacancies and charming the life out of the poor sod on the other end. Every bit helps.
I've seen friends of mine work such charming magic they've actually been kept on a job vacancy list [not the lists that you're always told you'll get put on but never get a call - an actual list!] with offers being thrown at him every couple of months!

7. Don't be scared to apply for the job that sounds complicated

This was something I personally have had to get over. We are graduates! We are literally experienced in so many skills and know so many things. I would look at jobs and think "Crikey! I'm not qualified to do that!" but after a pep talk from one of my lecturers, I realised that I am.
We are all skilled in theoretical and practical talents form researching to writing to physically doing things. Maybe the problem with the graduate job market is that we're all applying for the same things and not utilising the skills that we just paid tens of thousands to learn... I've had friends apply for some 'out there' jobs and actually get them - that complex job really isn't out of your reach and you can't be jealous if you didn't try.

8. Move your butt to find that job!

Your ideal graduate job is almost always going to be a million miles away from home. For someone like me, that's always been the reality and I totally accept that where I am originally from, Runcorn (I dare you to Google it and yes that's where they filmed 'Two Pints of Lager and a Packet of Crisps'), is not going to be able to provide me with the opportunities I need, well at least not in Politics.
Now finances can be tough, and I can't personally relocate until I have a job in the bag because, you know, rent and stuff. But moving is okay and in many cases, necessary. Heck, why don't you even move abroad? It's certainly in my life plan. It's cliché but true that, for want of a better term, #You Only Live Once. Many countries are crying out for professionals like ourselves and if that's what it takes to get that dream job, I say do it!

9 & 10. Because I am aware that I might have gotten carried away and if you've made it this far you deserve a metaphorical medal 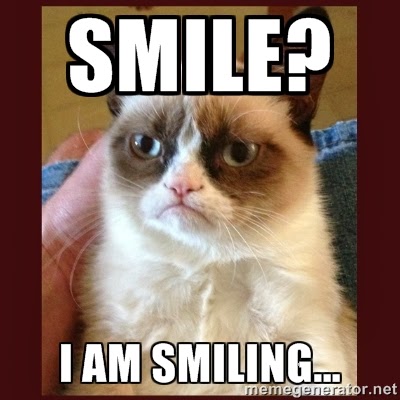 For these two segments let me just give you some reassuring advice. The times that I have been jealous of other people's success have been the times that they have shown creativity and perseverance. Those other students who seem to have it so easy in the job market have got extra activities coming out of their ears and a personality that could make even Grumpy Cat crack a smile...
Don't be disheartened, there is a job out there for you (and hopefully for me). It is simply a case of displaying your personality from the get go, from CVs and Cover Letters to extra activities. Believe me, that expensive piece of paper we're all aiming for is nothing without the volunteering to go with it. Promote yourself and Good Luck! By Stephanie Darlington
Posted on 10 March 2014 by

Was this helpful? Yes 2